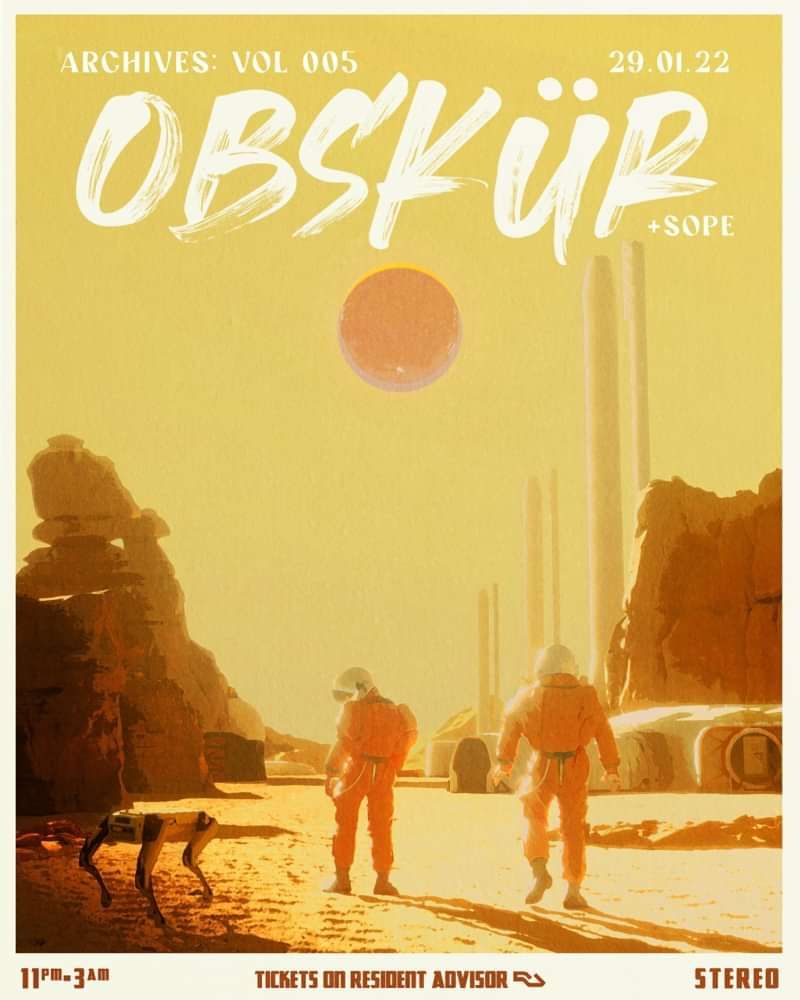 Archives welcome Irish duo Obskür to Glasgow for their Scottish debut @ Stereo on the 29th of January 2022.

Hailing from Dublin, the duo have been quick in making a name for themselves since their inception in May 2019. Consisting of Lorcan McCarthy and Faustas Astraukas, the duo have carved their way out of the pandemic with their raw and energetic productions that captures their personality and taste perfectly.

Obskür's production centres around their use of hard hitting 909's, slick hip-hop samples and raw elements which formed the basis of their sensational 2020 release "Bayside" on FFRR, which even had a remix from the legendary Eats Everything. Since its release the tune has amassed over 25 million streams from the original mix and radio edit of the song on Spotify alone, which has since seen the duo go on to release an exciting EP on one of our favourite labels, Shall Not Fade. Having garnered support from some of the top names in the scene including Annie Mac, Eats Everything, Ejeca and Danny Howard, these boys are not to be missed when they make their Scottish debut on the 29th of January 2022.