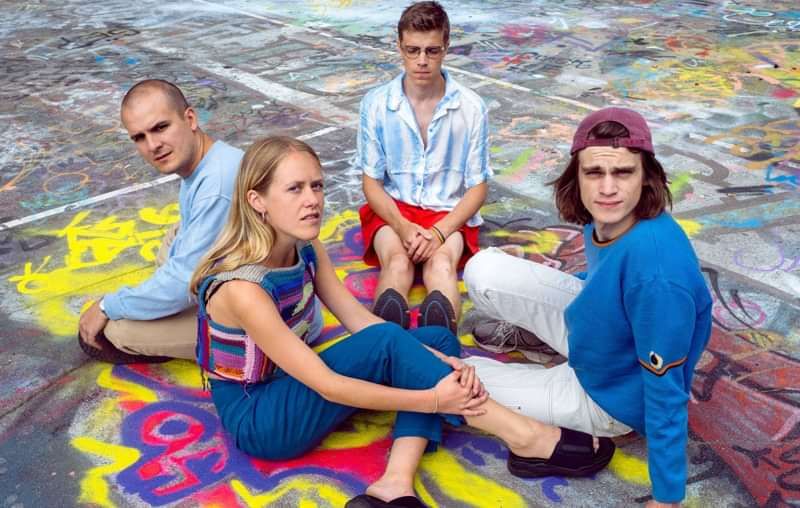 432 Presents Pom Poko unofficial Stereo, Glasgow 26.09.21 Tickets on sale Fri 15 Jan 10am --> http://bit.ly/35CEtpF “If you have a vacancy for Favourite New Band, Pom Poko would like to apply for the role,” tweeted Tim Burgess in April, as Norway’s finest punk-pop anti-conformists revisited their joyous debut album, Birthday, for one of Tim’s mood-lifting Twitter listening parties. Pom Poko pimp their CV on all fronts with their glorious second album, Cheater, due for release 15th January 2021 via Bella Union. Between the quartet’s sweet melodies, galvanic punky ructions and wild-at-art-rock eruptions, Cheater is the sound of a band celebrating the binding extremes that make them so uniquely qualified to thrill: and, like Tim’s listening party, to fulfil any need you might have for a pick-you-up. As singer Ragnhild Fangel explains of the leap from Birthday to Cheater, “I think it’s very accurate to say that we wanted to embrace our extremes a bit more. In the production process I think we aimed more for some sort of contrast between the meticulously written and arranged songs and a more chaotic execution and recording, but also let ourselves explore the less frantic parts of the Pom Poko universe. I think both in the more extreme and painful way, and in the sweet and lovely way, this album is kind of amplified.”