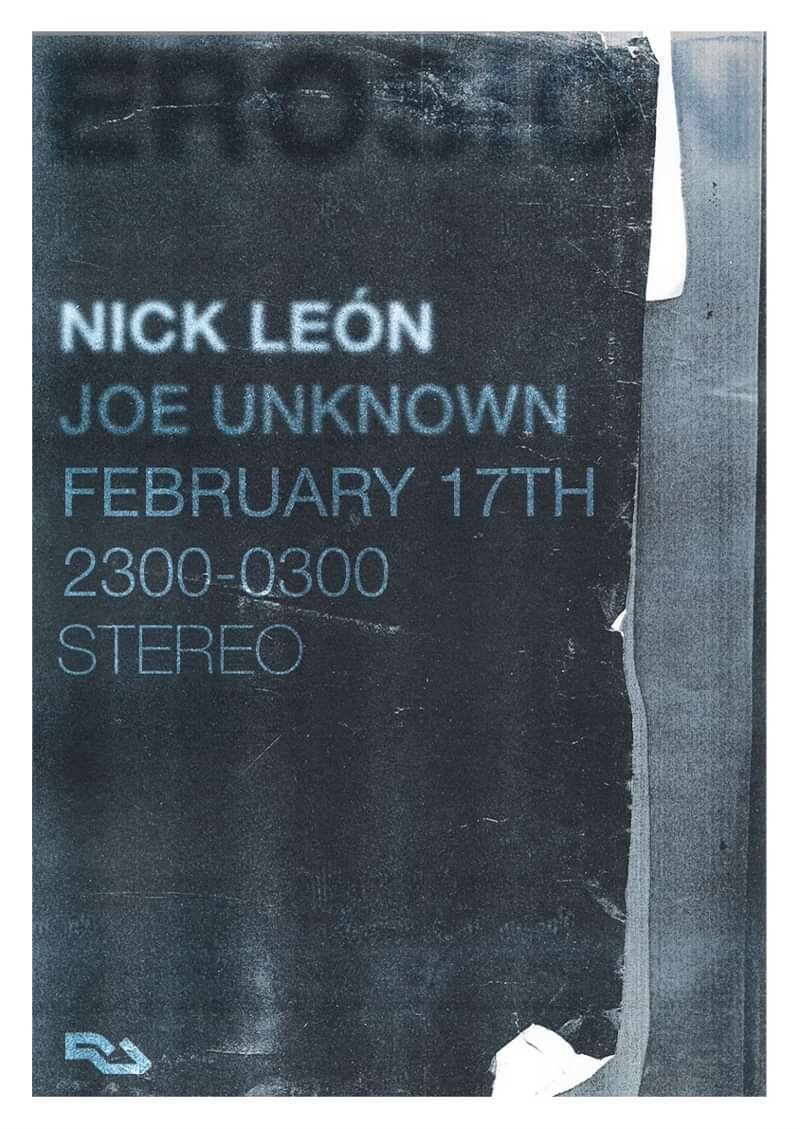 Nick León’s dystopian club music samples the sounds of Florida’s diverse ecosystem, but his style has varied fearlessly along the way. Finding his way into the rap world at a young age, he collaborated with some of the biggest underground rappers in South Florida. He also gravitated early towards the Latin sounds coming out of Puerto Rico and Colombia, and as a self-taught producer and DJ in Miami, he felt compelled to shift his focus to his own work. After pivoting towards textural elements and buried melodies, Nick released a handful of projects, one of them being his Aguacero EP under Mexico’s celebrated NAAFI imprint. It encapsulates the growing anxiety in a city threatened by the very things that help make it beautiful, inviting you to dance through the impending storm of uncertainty ushered in by climate change.

As of recent, Nick released his highly anticipated Xtasis EP on TraTraTrax which featured DJ Babatr and remixes by Doctor Jeep and Pearson Sound. He also started 2022 on a high note, claiming a production credit on one of the most well reviewed albums of the year – MOTOMAMI by Rosalía. With coveted spots on Miami’s III Points festival, various film scores, and further production for a slew of artists, Nick León’s hands are full and his music is teeming with real life.