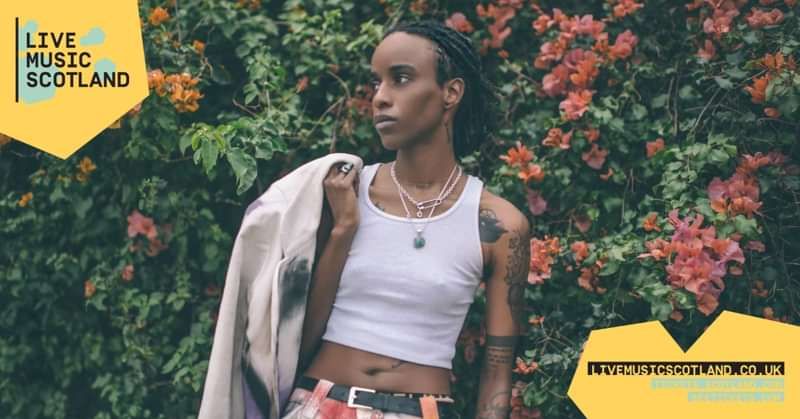 432 Presents Benefits Stereo, Glasgow 25.09.22 Tickets on sale Friday 13 May @ 10am https://bit.ly/3Fvsxa2 In an ever-changing world that’s currently lifting the veil and exposing all the things society historically swept under the rug, we need a clairvoyant voice for the people. We need fierce vulnerability and truth. We need Angel Haze. The Detroit-born musician has endured some of life’s most unfathomable experiences and, like an alchemist, can conjure whiplash freestyles (“Cleaning Out My Closet”), inspirational vitamins (“Battle Cry” with Grammy nominated artist Sia) and daring visuals (the haunted “Resurrection”). These elements rightfully come together, making Haze the musician fans and critics respect today. “I went through a lot of fucking growth,” says the rapper-singer who spent most of her earlier years growing up in a cult while being sexually abused by a family friend. But after Angel’s mother fled the extremist church and moved the family to Brooklyn, New York, Haze found that poetry was her true ministry. “I’ve had to accept a lot of things about myself and transform the things I don’t like. Then I came out on the other side. I’m really proud of it.” By the time she was 18, Haze had won several competitions as a young poet and took her love for the culture to YouTube and Tumblr where she found her unvarnished, confessional lyrics adored by listeners who’ve never heard her life stories told in such a public way. Born to African/Native American parents, the artist (poet, lyricist, singer, & painter) has never been one to shy away from the truths of the world. It bleeds through in every aspect of her creativity. In today’s climate where Black and Brown people are being harassed and murdered at alarming rates, speaking out against injustice seems like the conventional thing to do. But Haze was ahead of the curve, performing her assertive lyrics about rape culture, mental illness and racial inequality at festivals such as Lollapalooza and the coveted Pyramid Stage at Glastonbury. It wasn’t long until the fashion industry quickly took notice of Haze’s forward-thinking art and trendsetting attitude. She became a darling and a muse to some of the industry’s top designers – attending and walking the runways of New York, Paris, & Milan Fashion Weeks. Donatella Versace, DKNY, and JW Anderson took special notice of Angel’s unique style. After walking for Versace during NY Fashion Week, Angel attended the exclusive Vogue Fest in London as Donatella’s personal guest. She also received an invite and walked in the milestone DKNY 25th Anniversary Show in New York. As the world was taking notice, Haze effortlessly brought her conscious mind and unique and unapologetic rebellion to every aspect of her art.