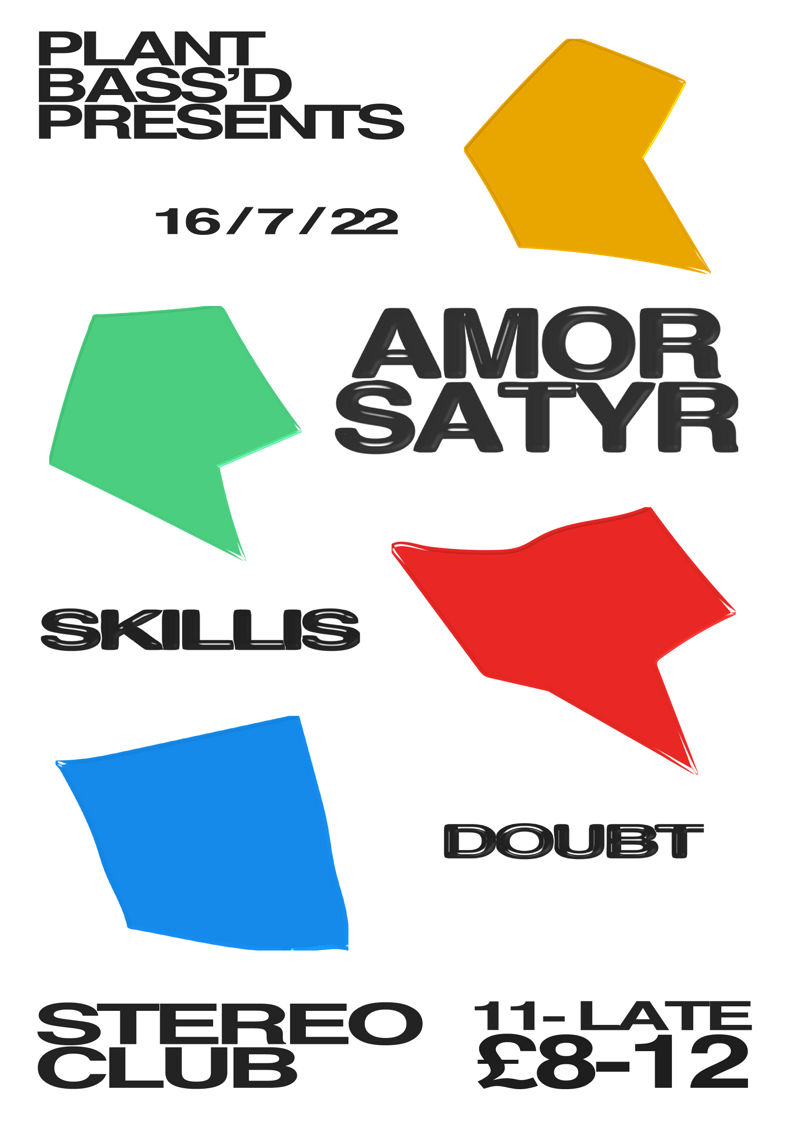 Claiming to fame with his unique take on baile, dembow, & dancehall, Amor Satyr has been causing a stir in French and European club circles in the last number of years with the bending sounds coming from his WAJANG imprint ran alongside Siu Mata. Satyr is pushing a sound that very few can match around the world and it is intuitive for any club space.

Skillis is back at Stereo Club after a venture across the UK launching the inaugural Headset release in Edinburgh and Bristol. His adept knowledge of UK and US club sounds has seen him becoming one of the most formidable selectors around Scotland with his fabled parties at Edinburgh's Bongo Club reigning supreme for the best part of a decade now.

Flood co-founder and Soilse frontman Doubt completes our line-up and is expected to bring his pulsating hard-drum and percussive filled sound to the party. Emerging from the vast array of Irish talent that has landed in Glasgow of late, Doubt has slowly but surely began to stamp his mark on the city with his recently launched Soilse party blowing up with Atlanta's Leonce.