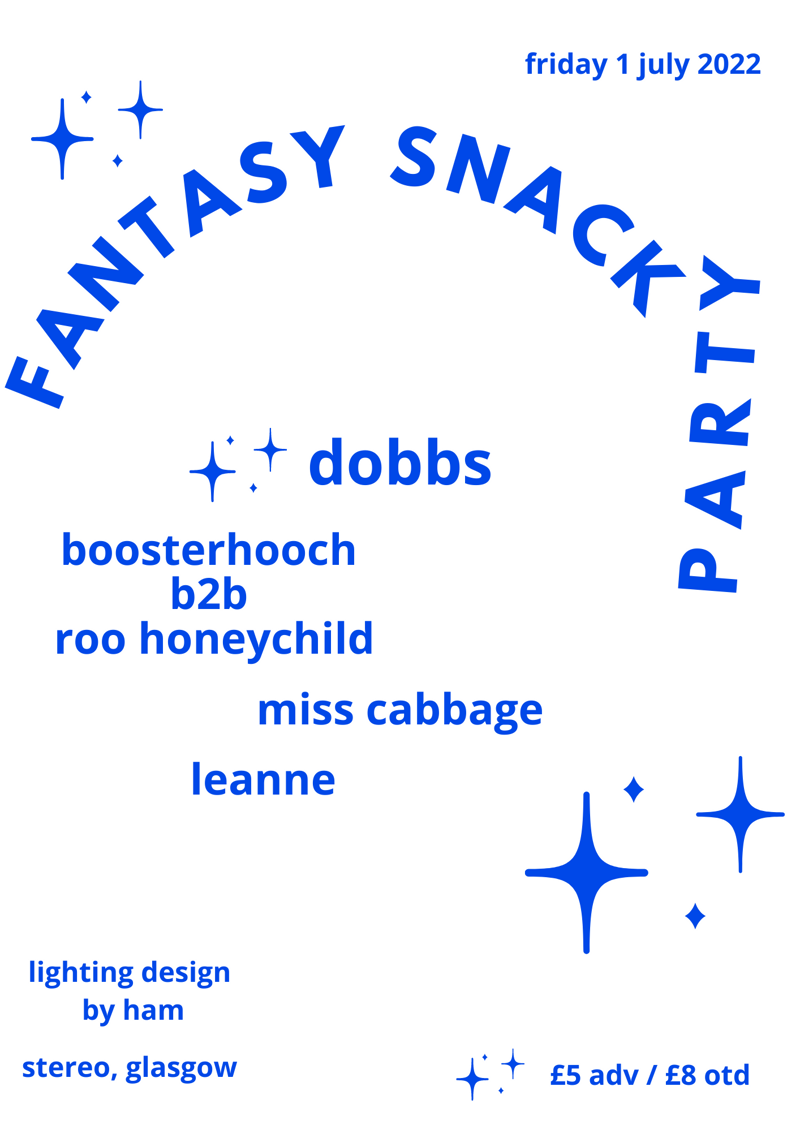 what started as a subcity show in 2018 and with a name based on That 2009 late of the pier album, bringing the energy offline and into the club has been the dream for a while, and after spending the best part of the year back home in scotland during some pretty tough personal times, it truly feels like the right time to throw a party of my own as a thank u but also as a "i love u"

The energy Dobbs brings to the club is unmatched. With high energy, fun creative blends that transcend genres and time, the London via Liverpool DJ and radio host has firmly established themselves in the underground scene and its an absolute pleasure to bring them to Stereo for their Glasgow debut. also on the bill is local irish party starters in their own right boosterhooch and roo honeychild for a special b2b set, as well as rising star miss cabbage, with resident leanne on the warm up. and with lighting design by Ham, with a brief of “if sonic curry was reincarnated into a light”, say no more

£5 ADV / £8 OTD - if for any reason you’re not able to buy a ticket and want to join, a small allocation of guestlist has been put aside - just email fantasysnackparty@gmail.com in confidence, no questions asked, assume there are still spaces unless stated otherwise.