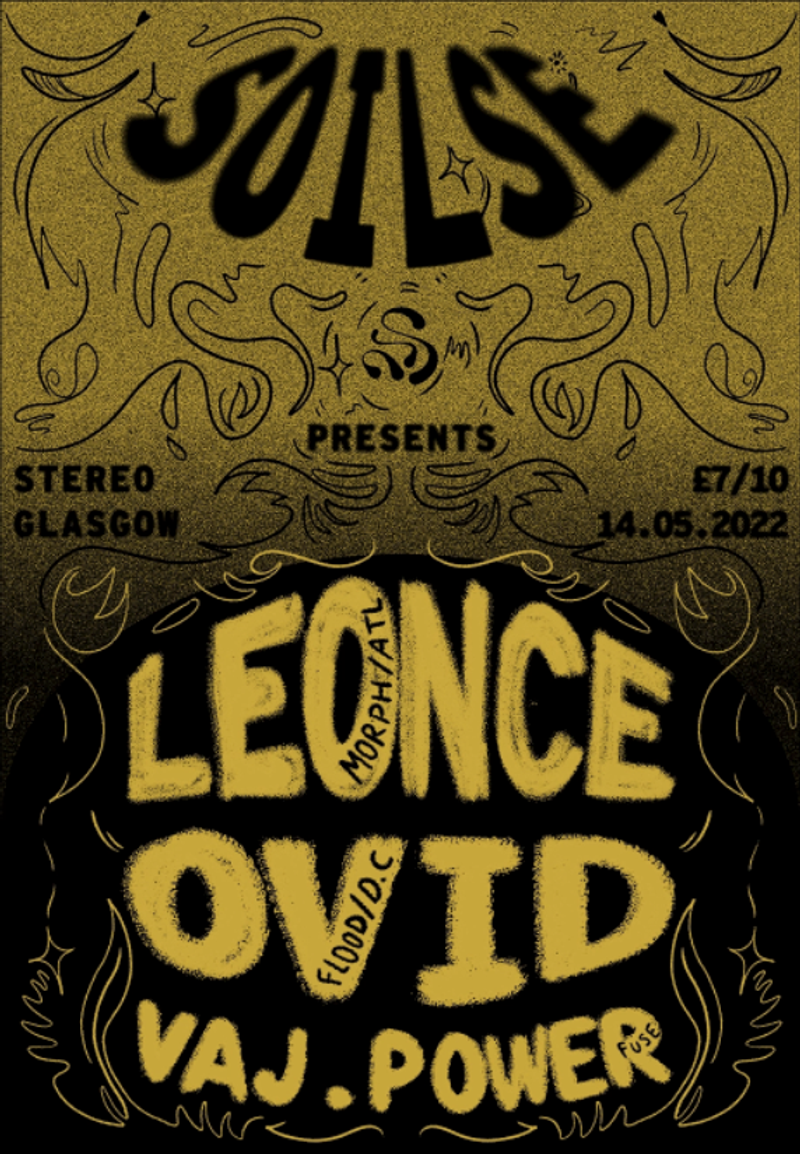 Soilse have invited co-founder of the Atlanta based Club Morph and producer, Leonce to shake Stereo with his "uncompromising" blend of American Urban and Experimental Electronica. His sets and productions meld the tougher ends of percussive club music with the soulful and uplifting elements of genres like RnB, taking cues from a range of styles like UK Funky, Bounce, Hip-Hop & Techno.

Hailing from Washington D.C. Flood affiliate Ovid stops into Glasgow hot on the release of his latest E.P. ‘Stone Coaster’. The producer’s recognizable palette of gritty, syncopated percussion is a style that carries through from his own tracks into his sets in the club.

Glasgow based DJ / Promoter VAJ.Power is the founder of club night FUSE as well as the booking agency of the same name. They are known for their use of 3D animations and Audio-Visual elements alongside their sets.