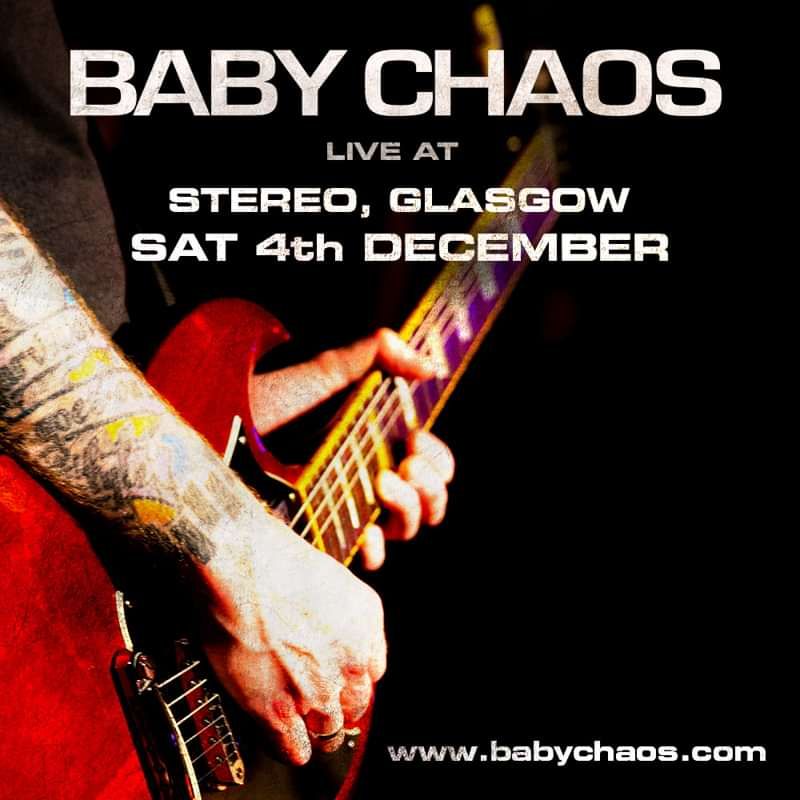 Baby Chaos released their first ever live album titled “This is the Moment”, earlier this year and this re-scheduled show gives you the chance to see their high intensity performance in the flesh.

Expect a diverse range of songs spanning all the way from their 1994 debut “Safe Sex, Designer Drugs and the Death of Rock and Roll” to the most recent studio album 2019’s “Ape Confronts Cosmos”.

“The kaleidoscopic, sharply produced Ape Confronts Cosmos stands up against anything Biffy have released in the past decade" PLANET ROCK

“Love Your Self Abuse”, the bands second album, was recently listed by Metal Hammer as one of the Top 10 Albums from the 90’s that you should have in your collection.

A series of extremely well received acoustic live-stream performances over lockdown kept fans entertained, however it’s when they perform with the whole band and fully electric that you really get to experience the power and subtlety of their musicianship and the craft of their song writing.