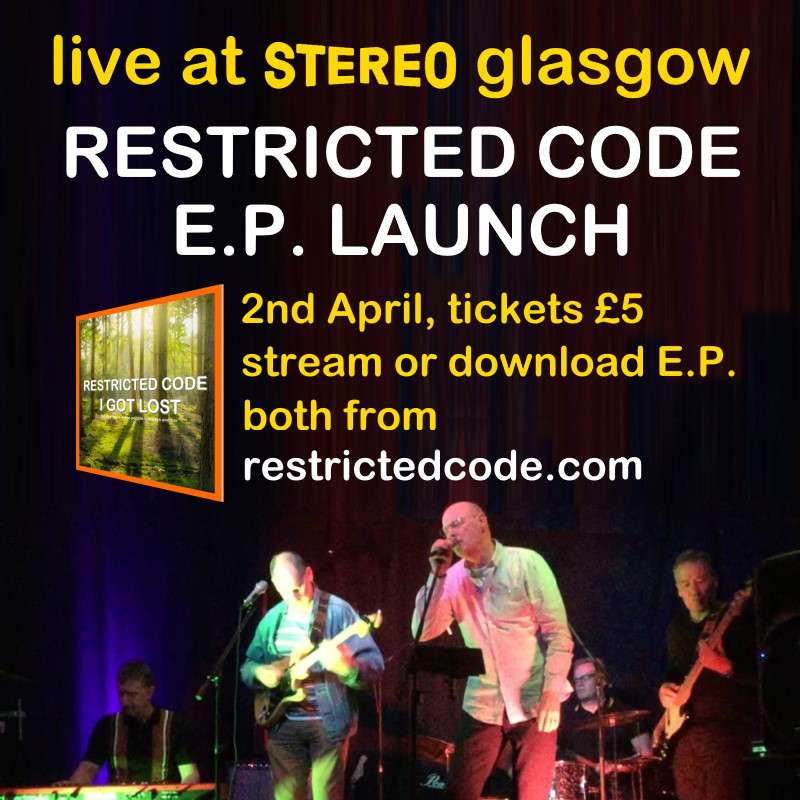 One of Glasgow’s most popular bands of the post-punk/new wave scene, Restricted Code re-formed in 2018 with all original members, playing both brand new material and the best of their back catalogue. After sell-out shows around Scotland in 2019, the band plays Stereo to launch their new E.P, I Got Lost. The E.P is already picking up rave reviews on BBC Radio Scotland and Astounded Radio. Listen to the tracks at https://restrictedcode.com.

The band plays intelligent, indie/pop, which has been compared to bands like Talking Heads, Television and R.E.M. Critics have written this about the band:

"Playing a mutant pop that is forever contradicting itself and confounding audience expectations." – Sounds

"Gig of the Year: power and emotion surge through the songs." - Sounds

"Acknowledged as among the best of Scotland’s hot sensations." - The Face

And fans who attended their sell out Glasgow gig in August 2019 wrote:

"Restricted Code keep it real, in the best traditions of New Wave - Beg, Steal or Borrow a ticket to see them. You'll discover a different world out there."

"New songs mixed with the old and all of them sounding fresh as a daisy."