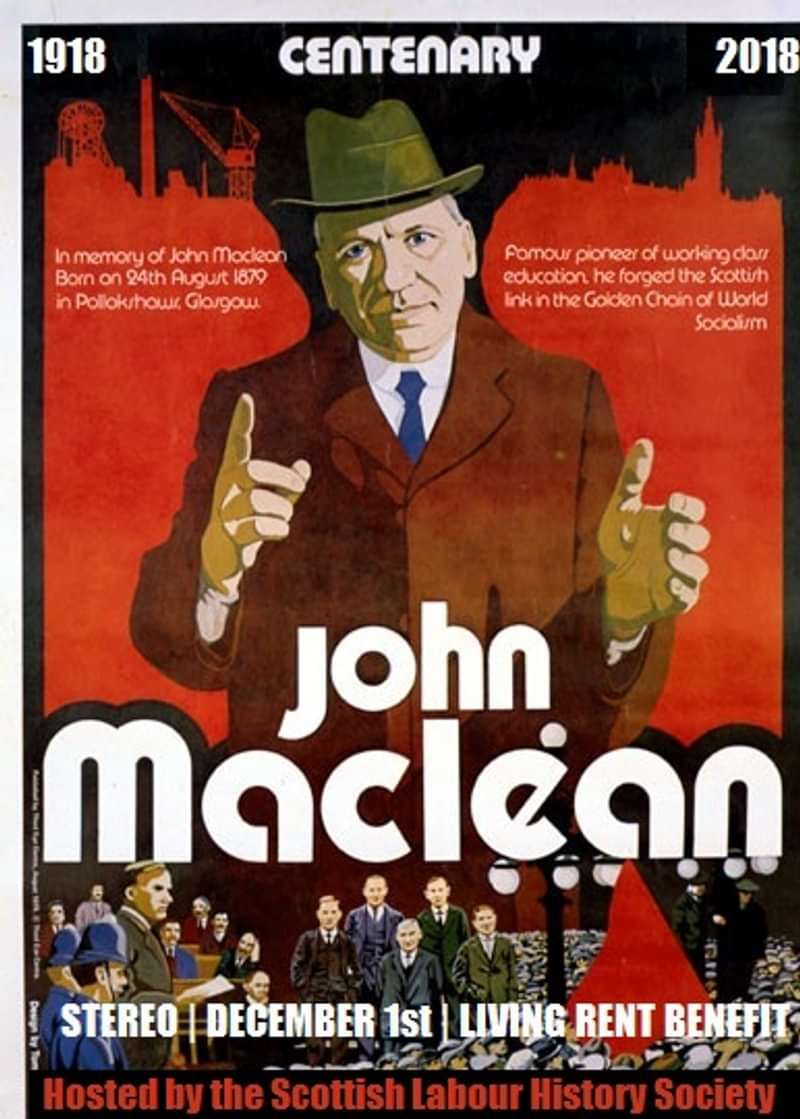 £7
Entry Requirements: over 18s only

Celebrate the Centenary of great John Maclean coming home to the Clyde!

A party to mark 100 years since John Maclean returned to Glasgow. Having suffered imprisonment, hard labour and force feeding in Peterhead Prison, he remained an unrepentant revolutionary; but was released and pardoned by a government that feared an insurrection in Glasgow to mirror the uprisings in Dublin, Berlin and Petrodgrad.

'The shouts that rent the air made a volume of sound that the capitalists of Clydeside will often remember in the near future, when they are troubled with bad dreams.'

A hundred years later we face the same threats – from capitalists and landlords, from nascent fascism, and from war-profiteers – that Maclean gave his life to defeat. But the struggle continues. Join us at Stereo for a party marking Maclean’s return to the Clyde and raise a glass to one of Scotland’s greatest Marxists. The event is hosted by the Scottish Labour History Society and all funds raised will go to the Living Rent Campaign.