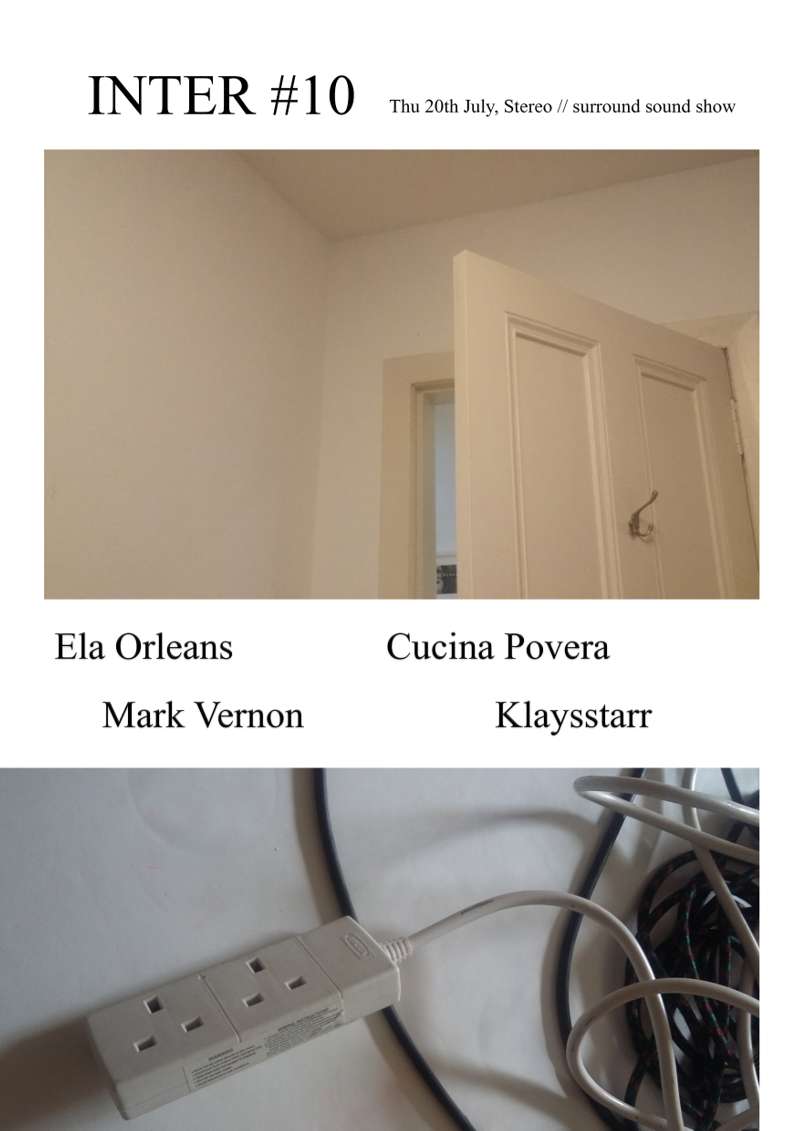 £6 advance
Entry Requirements: over 18s only

To mark the 10th event in the INTER- series, we’ve ditched the proposals format this time and asked a group of favourite sound artists and regular contributers to perform live in surround sound.

While the work of each is different from the next, maybe there are some threads connecting them - perhaps shared interests in field recording, memory, song, music media, and bleak aural spaces

About the event series:

We support 5.1, quad, stereo and are open to other ways and means.

Proposals of all kinds are welcome - across aesthetic, conceptual and technical boundaries.

These nights are about creating a focused, public listening context for experiments in / with recorded sound. We are particularly interested in the liminal spaces of contemporary sound and listening - between sound production and consumption, between real and virtual aural environments.

We aim to support work and practices which might not fit easily into other live contexts.

For each event we prioritise submissions from artists working in the Glasgow area, but frequently programme work from around the world.